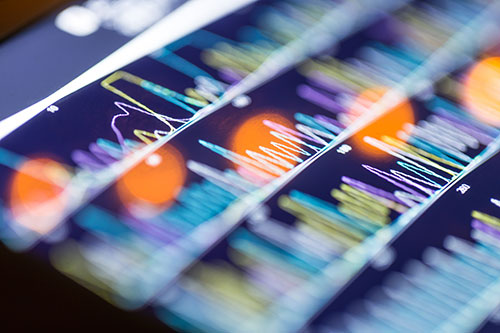 Pacific Biosciences of California (PacBio) has landed the short-read sequencing capabilities it has long sought to combine with its strength in long reads by agreeing to acquire Omniome for up to approximately $800 million, under a merger announced Tuesday.

Nearly two years ago, PacBio had hoped to help create that combination by agreeing to be acquired by sequencing giant Illumina, which sought to build upon its leadership in short reads by adding PacBio’s long-read expertise. But when regulators took issue with that deal on antitrust grounds, the companies scrapped their planned $1.2 billion deal, and went their separate ways.

In the months since Christian Henry went from Chairman to CEO in September 2020, PacBio began shopping for companies with promising emerging sequencing technologies. PacBio found what it sought in Omniome, a San Diego biotech that was established in 2013 and has grown since then to more than 120 people

Speaking about the Omniome acquisition with Clinical OMICs on Tuesday, hours after it was announced, Henry said PacBio was attracted to the San Diego biotech by its DNA sequencing platform. It applies a chemistry approach called Sequencing by Binding that, according to Omniome, delivers higher sensitivity at a lower cost—with decreased runtime and more samples per run—by leveraging the polymerase’s natural matching ability through its precision of nucleotide and DNA matching.

“We believe that the technology could be as much as or more than an order of magnitude more accurate than existing approaches out there,” Henry said.

Omniome has not made public data on its platform, such as cost, turnaround time, etc. “Omniome is a black box,” said Keith Robison, PhD, who analyzes developments in genomics through his blog Omics! Omics!

Omniome is one of several short read technology developers that are entering the sequencing market and close to launching, as are Singular Genomics and Element Biosciences, said Shawn C. Baker, PhD, Advisor and Consultant, Genomics/Next Generation Sequencing with consultancy SanDiegoOmics.

“Omniome has a capable team and an interesting technology, but they don’t really have the commercial team in place, so PacBio isn’t buying a ‘ready to go’ system. They’ll have to integrate it into their own commercial efforts, which are also in the process of being ramped up,” Baker said.

Henry said the acquisition of Omniome was based on people as much as on technology, starting with the company’s Executive Chairman, Ken Song, MD.

“I had a great relationship with Ken, so we started chatting back and forth. By the May timeframe, we started getting more serious, and then we started doing some really deep due diligence,” Henry said.

That work, Henry explained, included spending time with Omniome President Richard Shen, Ph.D., with whom he worked when both were at Illumina. Shen held numerous VP-level positions there, ending as VP, Oncology R&D when he left in 2016, while Henry held several positions culminating as Executive Vice President, Chief Commercial Officer when he left Illumina in January 2017. Shen joined Omniome last year as Chief Product Officer, and was promoted earlier this year to President.

Henry recently discussed his career and PacBio’s progress during his tenure as CEO as a guest on the inaugural episode of “Close to the Edge,” a series of video conversations with CEOs and key biopharma leaders.

“Richard used to work for me, so I’ve known him for more than a decade. He’s doing some amazing things over at Omniome, so I was able to spend time with Richard and his team, and then we did a ton of due diligence, including sending them lots of samples to sequence,” Henry recalled.

“When we got the data back, we were quite frankly so pleasantly surprised to see how high-quality, how highly accurate the data was, which just accelerated everything,” Henry added.

Another potential short read market PacBio appears to be interested in entering, Robison said, is sequencing from cancer pathology samples preserved with FFPE.

Added Baker: “My guess is the markets they’re trying to open up are all of Illumina’s current short read markets—high throughput, low cost, read-length insensitive applications.

“The idea of PacBio acquiring a short read platform doesn’t seem like a bad one, especially if it also has low error rates. However, if there isn’t a specific technology synergy—something from the Omniome platform that can be added directly to the Sequel to improve it—this seems they are spending a lot of their new-found cash adding in short reads, leaving less money to beef up their commercial team and less money to spend on improving their long-read platform.”

Not so, Henry counters: “We have so many exciting projects and products coming out on the long-read side that are our customers need us to develop those products and need those products to get to market.

“We’re going to be absolutely committed to those customers to get that across get those products across the goal line. If anything, we think it will be able to will be able to accelerate that development, since we have will have a bigger R&D team.”

Baker said Omniome’s higher quality reads and lower error rate appear to be a good match with PacBio’s HiFi sequencing platform reads: “Lower error rates are always welcome, but the applications that need this the most also need high throughput, deep sequencing such as liquid biopsies, which are also very price sensitive.”

PacBio bolstered its HiFi platform further on Tuesday by announcing separately that it was expanding a multi-year collaboration of undisclosed value launched in January with Invitae in order to develop a production-scale high-throughput HiFi sequencing platform that will include the sequencing technology developed by Omniome.

“The first products we’re going to come to market with are in the mid throughput level, and we’ll scale up from there,” Henry said. “The technology is very well suited for scalability.”

“Omniome’s tech must be successfully launched and marketed.  Illumina has such a commanding presence in this space, and potential customers will need to buy whatever argument is being used that Omniome is really superior—perhaps on raw accuracy—and it is enough to matter,” Robison said. “The other clear risk is diluted attention. Now PacBio will be playing two fields, and investing in two areas rather than focusing purely on long reads.”

PacBio says it can focus on both short and long reads. To that end, it intends to retain Omniome’s entire team, most of whom are in R&D.

“By adding short reads to our portfolio, we can actually accelerate revenue and the growth of our long-read portfolio, because we will be able to reach more customers than we ever could before, because we would have we have multiple products to sell and multiple solutions to offer” Henry said.

By offering short and long-read technologies, PacBio reasons, it could potentially double its market opportunity and better satisfy the preference of customers that need both. PacBio delivers long read sequencing through its Single Molecule, Real-Time (SMRT) technology, designed to deliver a comprehensive view of genomes, transcriptomes, and epigenomes, with the aim of enabling access to the full spectrum of genetic variation in any organism.

PacBio has announced preliminary second quarter revenue of approximately $30.5 million, up approximately 78% from Q2 2020 and the company’s fifth consecutive quarter of growth. The Company is expected to release full financial results for the second quarter on August 3. PacBio finished 2020 with net income of $29.403 million—rebounding from an $84.134 million net loss in 2019—on revenue that fell 13% year over year, to $78.893 million from $90.891 million.

PacBio agreed to acquire Omniome for approximately $600 million upfront consisting of 9.4 million shares of PacBio common stock and $300 million in cash—plus up to $200 million in cash and stock tied to achieving milestones.

To help fund the acquisition, PacBio said, it has agreed to sell approximately 11.2 million shares of its common stock in a private placement transaction at $26.75 per share, for aggregate gross proceeds of approximately $300 million, with commitments from key existing investors in PacBio—including Casdin Capital; SB Northstar LP, a fund managed by SB Management Limited, a 100% subsidiary of SoftBank Group Corp.; and funds and accounts advised by T. Rowe Price Associates.

The boards of both PacBio and Omniome have approved the deal, which is expected to close later this quarter, subject to customary closing conditions and regulatory approvals.

“We really see this as an additive acquisition, and so the synergy is going to be along the technical lines and the commercial lines, which means we’re going to need all of the team at Omniome. We’re excited that that the leadership is already committed to joining PacBio once this project closes,” Henry said.

“I believe that there’s going to be incredible opportunity for a combined company. One of the most valuable assets of Omniome is its people, and hopefully we can leverage that,” Henry added.